Do you love Europe? I DO! Or maybe you have a special someone in your life who loves everything about Europe? Its food, culture, wine, beer…? Hmm, do ya? If so, then you’re in luck because this list is for you. Or them. What follows is a carefully curated guide of gifts made in, inspired by or somehow connected to Europe. 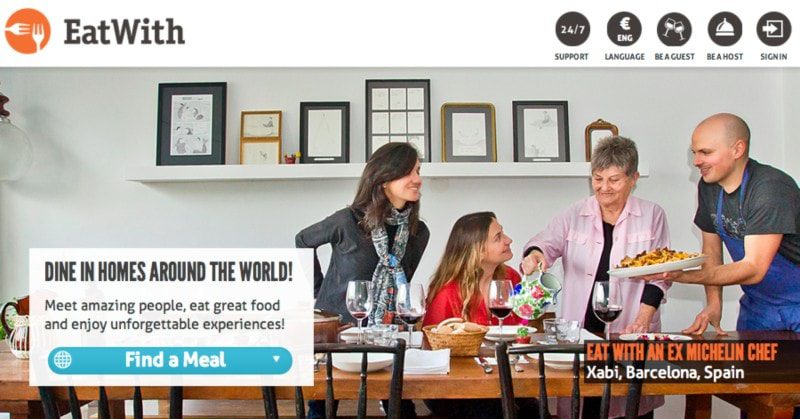 After a beef bourguignon dinner with my Airbnb hosts and their friends in Bayeux, France (eaten in the candlelit courtyard of their 16th-century home no less), I thought, “Airbnb should really offer dinner, too. Or maybe a whole different website and app just for booking home-cooked dinners with locals.” So imagine my surprise when I stumbled upon this website. I showed it to my wife and made the mistake of asking her what these jokers have that I don’t. “Money, experience, connections, a plan, developers, marketing, venture capital, an actual product…”
Buy Now

2. How to Read the Menu: France, Italy and Spain 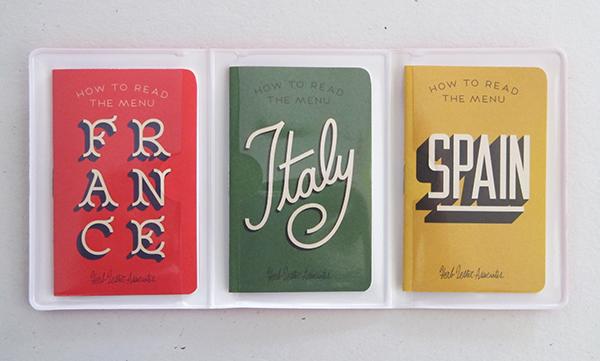 I’ve never met a menu that I couldn’t confidently order from, no matter how little I’m actually able to understand. So you can probably guess that my travels are rife with culinary surprises. From a party platter of thinly sliced ham when I thought we were getting a small tapas plate to constantly mistaking tagliata (beef) with tagliatelle (pasta), what I’m trying to say is I need these books.
Buy Now 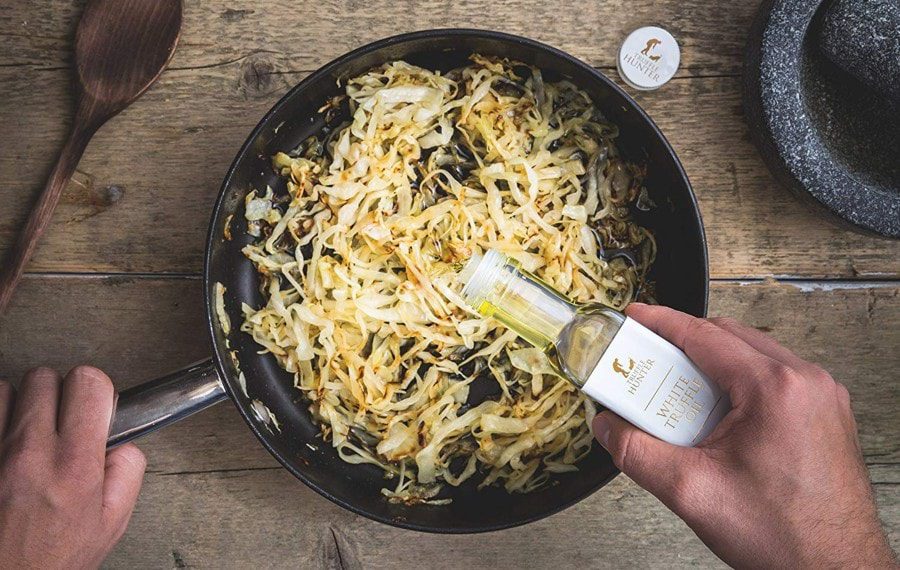 My neighbor recently adopted an Italian truffle dog. They call her Eliza. By next fall, I will harness this crazed hound to do my truffle bidding in the oak forests of Western Colorado. I can’t bear knowing that the only thing standing between me and potential truffle ecstasy is nothing but a little expert training gleaned from decades of experience and handed down from generation to generation.
Buy Now 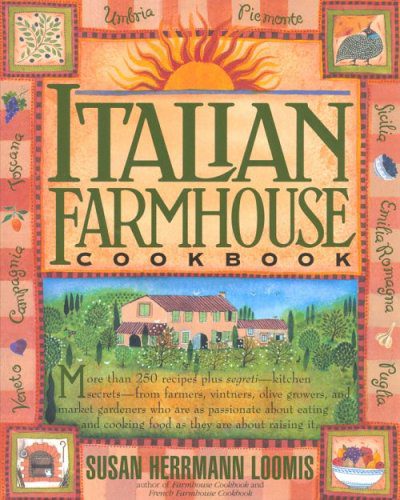 Speaking of canines: Over Thanksgiving, I saved a copy of this 18-year-old cooking/travel book from the frothing pack of attack dogs that prowl my in-laws’ farm, very nearly losing a few digits and definitely a chapter or two in the process. It costs $2 on Amazon.
Buy Now 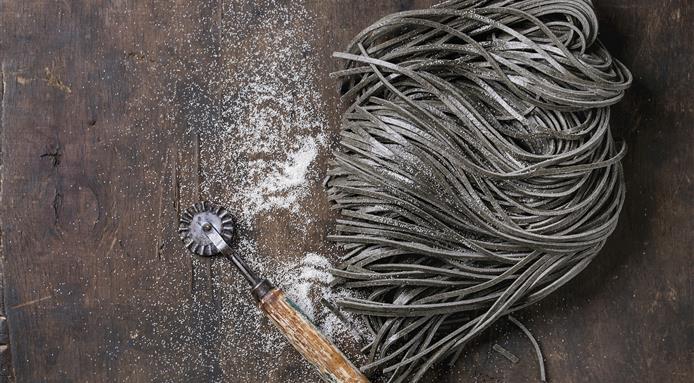 Did you know that cephalopod ink contains the neurotransmitter dopamine that produces a sensation of euphoria in human brains? Now, I’m not saying that squid-ink pasta will get you high, but I’m also not saying it won’t.
Buy Now

Before recent protests erupted in France, I highlighted the following passage in the 1991 book, “A Year in Provence,” by Peter Mayle:

“You buy a bidet,” he said, jabbing me with his finger, “and you pay full TVA [ed. note: 18.6% at the time, 20% nowadays]. The same for a washer or a screw. But I will tell you something scandaleux and altogether wrong. You buy a pot of caviar, and you will pay only 6 percent TVA, because it is classified as nourriture. Now tell me this: Who eats caviar?…I will tell you. It is the politicians, the millionaires, the grosses légumes in Paris — they are the ones who eat caviar. It’s an outrage.”

So, as you can see, this rural resentment of Paris and the moneyed elite — though potentially rooted in the great bidet uprising of 1991 — has been percolating for some time. Like since 1789.
Buy Now 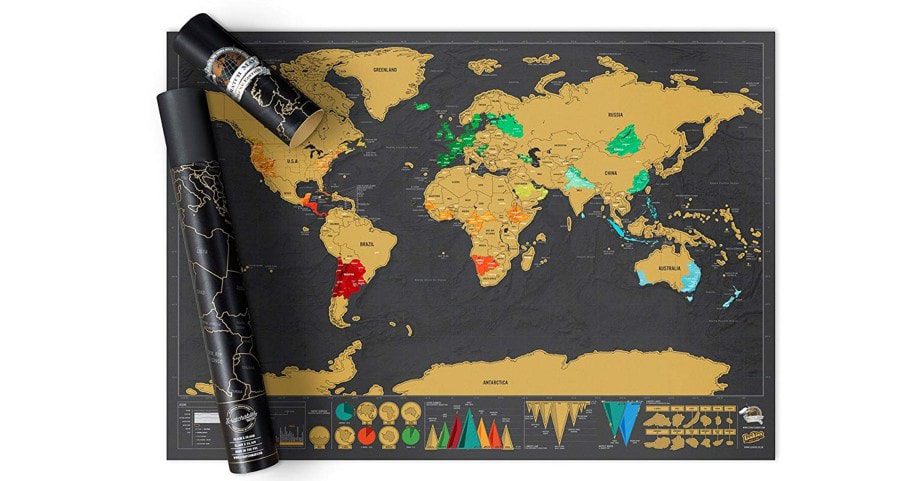 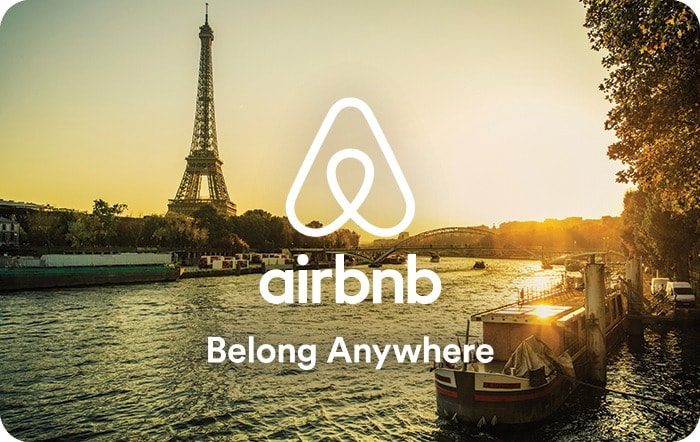 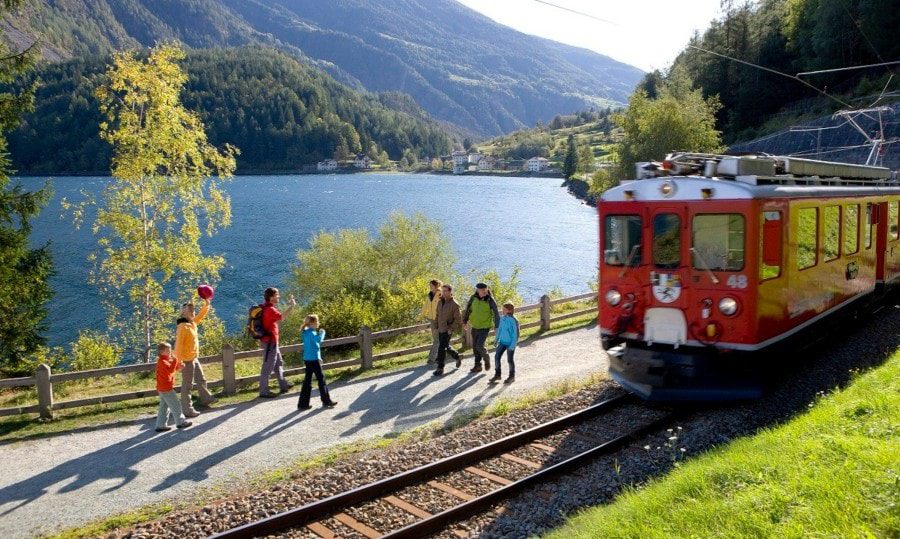 A few years back, I took local trains from Dinan, France to coastal Saint-Jean-de-Luz, also France. To travel “free” on my Eurail pass required six local train connections during a roughly 12-hour travel day. Amazingly, only one of those trains was canceled. I don’t even remember where but we — an entire trainload of passengers — were unceremoniously dumped onto another train, which, of course, itself was already packed to the gills. I rode that connection, some 90 minutes, in the loud, unceasingly bumpy (aren’t train tracks flat?!?) connecting corridor between two rail cars, squeezed asses to ankles with 20 other people. And their luggage. And luggage of the train’s original passengers. Eventually, after about 10 minutes of pissed-off silence, someone in a heavy French accent said in English, “French efficiency.” We all burst into laughter, a British woman daubing her eyes as she sat on her husband’s lap, who himself was folded in half and stored atop his roll-aboard in the luggage closet. I made my destination, several hours later than expected. But I made it, and immediately went for a swim in the sea.
Buy Now 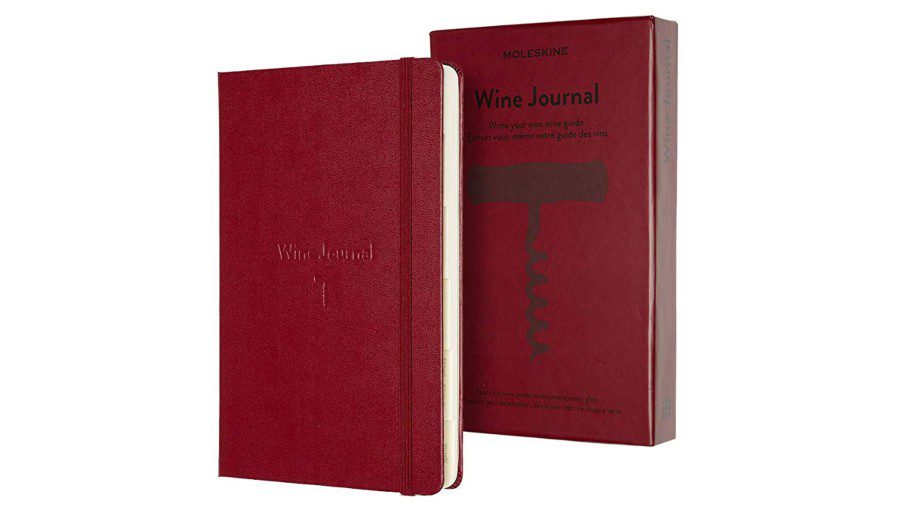 I worked a wine harvest in Napa and Sonoma about 15 years ago. In addition to learning a whole new arsenal of Spanish curse words, I discovered that it takes a lot of cheap beer to make expensive wine. The winery’s blender — a virtual God of the label who walked around the co-op like Julius Caesar after the conquest of Gaul — would polish off a sixer before noon. While also tasting and blending wine for hours. After tasting more wine and checking vats for a few hours after lunch, she’d then go pick up her kids from daycare. In a car. After that, the real drinking began.
Buy Now

Is it just me or does all this wine and cheese taste better outside?
Buy Now 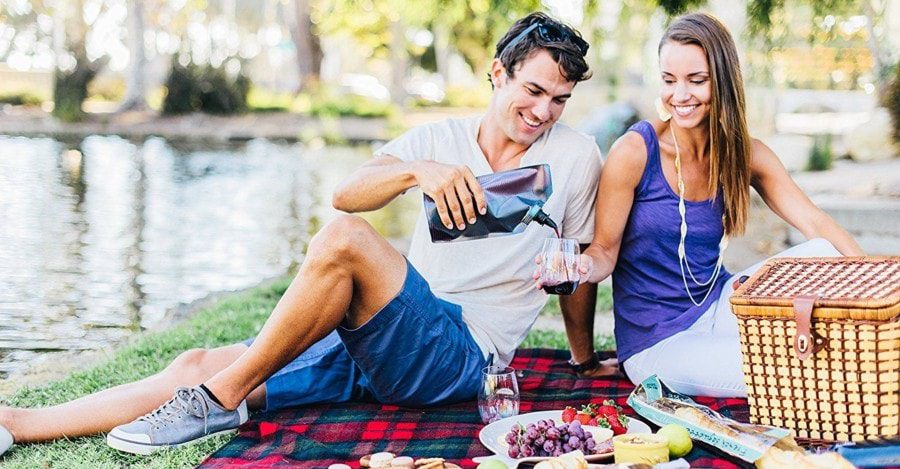 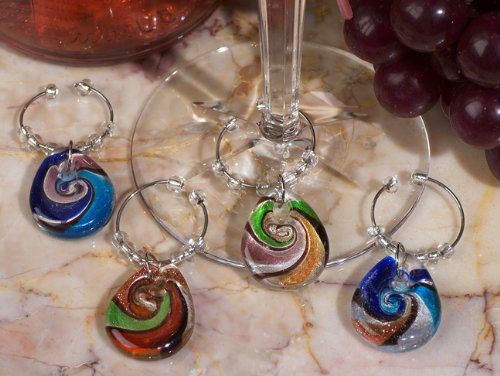 The same neighbor responsible for bringing me THISCLOSE to my truffle destiny happens to be a professional glassblower. He trained in Europe and last year went to Murano — an island in the Venetian Lagoon famous for its glass art — for a weeklong class. He makes amazing stuff. Check out his work here. Is this a transparent attempt to curry favor with the owner of my soon-to-be truffle hunter? Perhaps. But the real takeaway here is that I have a minor obsession with truffles.
Buy Now 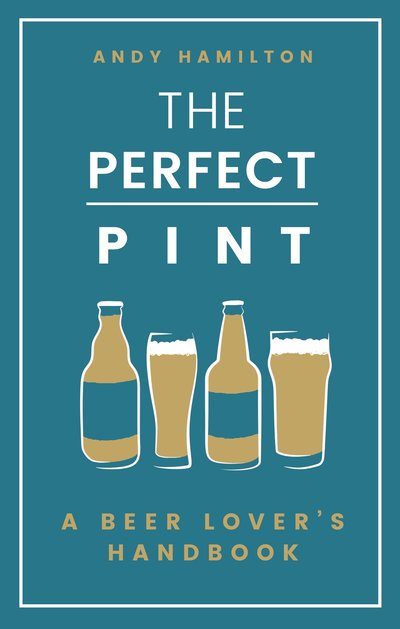 Did you know Spain offers approximately 8,000 different sizes of beer? Not types of beer, but sizes of beers. Depending on where you are in Spain, you may encounter: un tubo, una caña, una botella de cerveza, botelín de cerveza, un doble, una copa, una jarra and una pinta. That’s far too many sizes of beer-delivery vessels. The British, on the other hand, have precisely one. And it’s called the pint. Carry on.
Buy Now 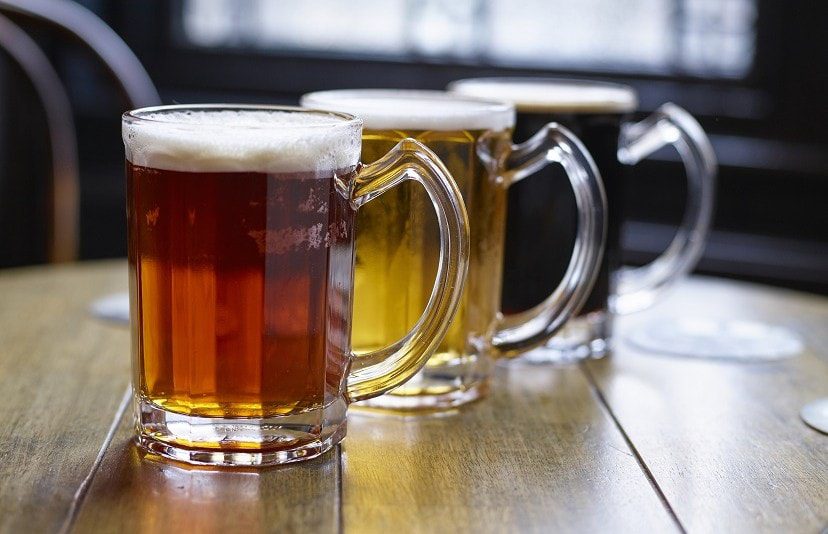 I’m not the kind of beer snob who insists on always pouring canned beer into a glass. Oh, wait, yes I am!
Buy Now 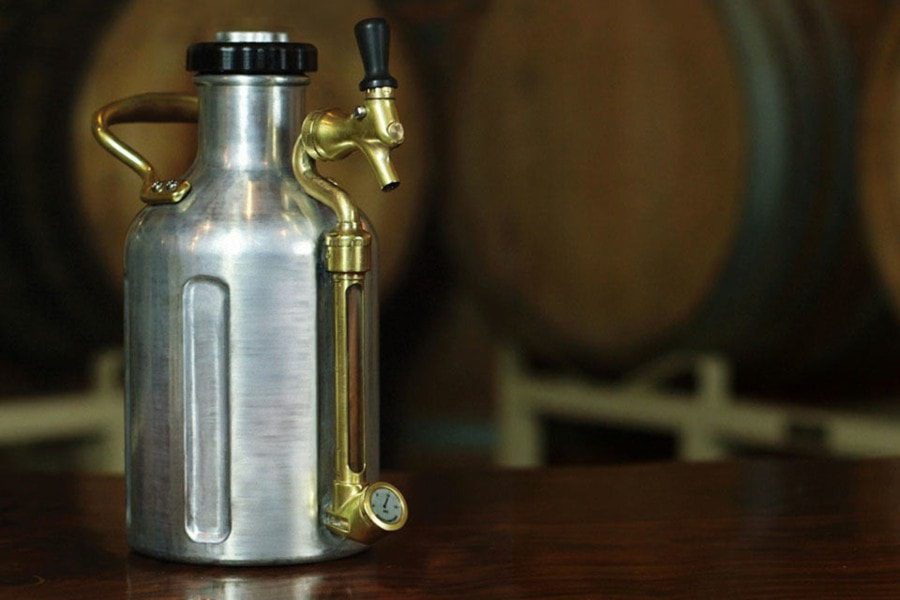 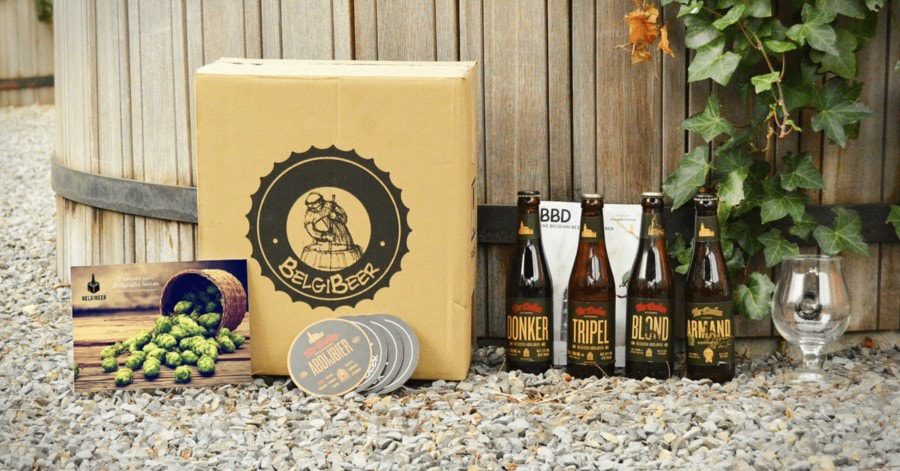 During a two-hour train layover in Brussels, I hoofed it to the famed Poechenellekelder for a swift nip of Belgium’s finest. I hurriedly pointed out a saison to my waiter. Side-eyeing me, he asked if I was sure, really positively sure, that’s the beer I wanted. Yes, yes of course it is, I replied. (Read #2 above if you haven’t already.) With about 30 minutes left until I had to walk back across old town to catch my train, the waiter placed a magnum-sized bottle on my table. And you better believe I polished that thing off, before stumbling, burping and matriculating my way to the train station just in the nick of time.
Buy Now 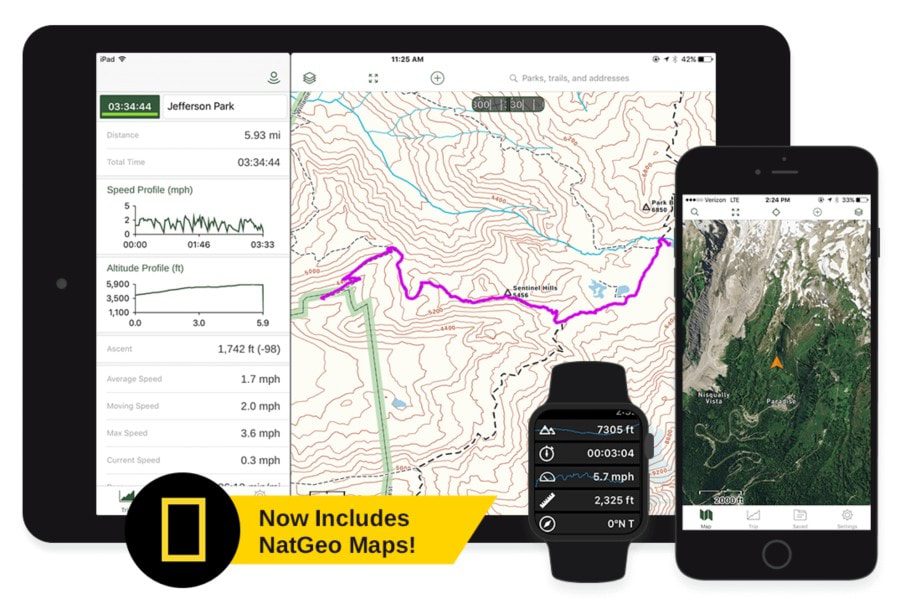 Remember the ending to the Sound of Music? When the Von Trapp family escapes across the alps without backpacks or supplies? They don’t even grab a map, yet they traverse the alps from Austria into Switzerland. In their singing costumes and coats. While a world war raged. God, I love that movie.
Buy Now 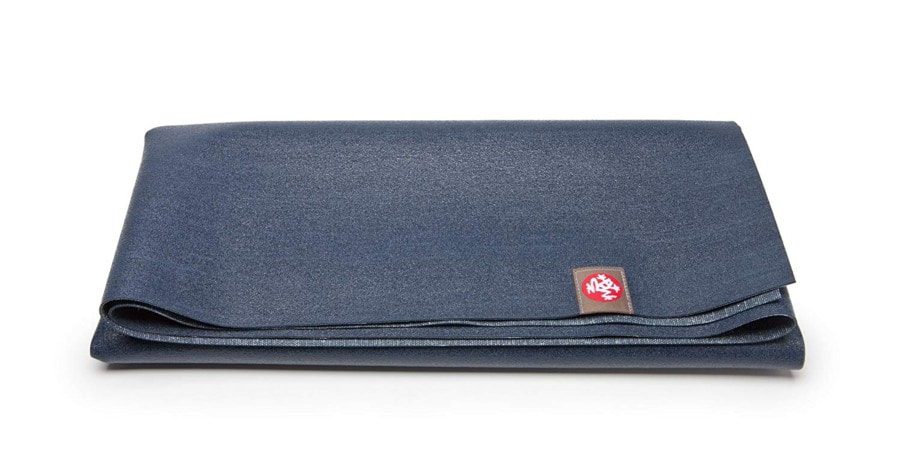 The older I get, the more I appreciate the little things, like a hot cup of coffee on a cold winter’s morn, the way the fall light hits the Aspens in my front yard and a straight spine.
Buy Now 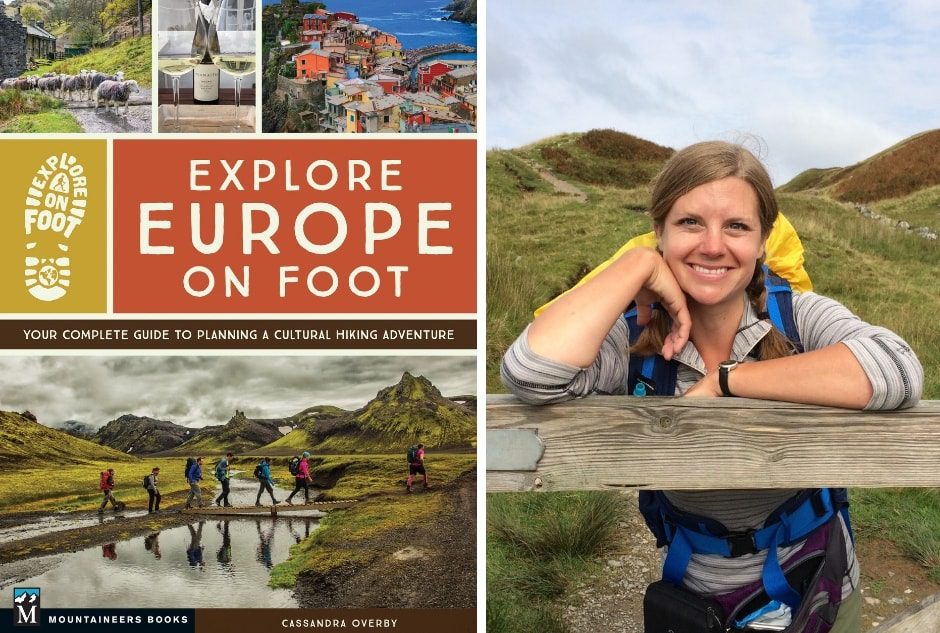 “By simply taking advantage of what the trail put in our path — from ancient ruins in Turkey to harvest festivals in Bavaria — we found each day filled with more interesting experiences and Rick-Steves-eat-your-heart-out, only-tourists-around moments than we’d ever experienced through traditional tourism.” 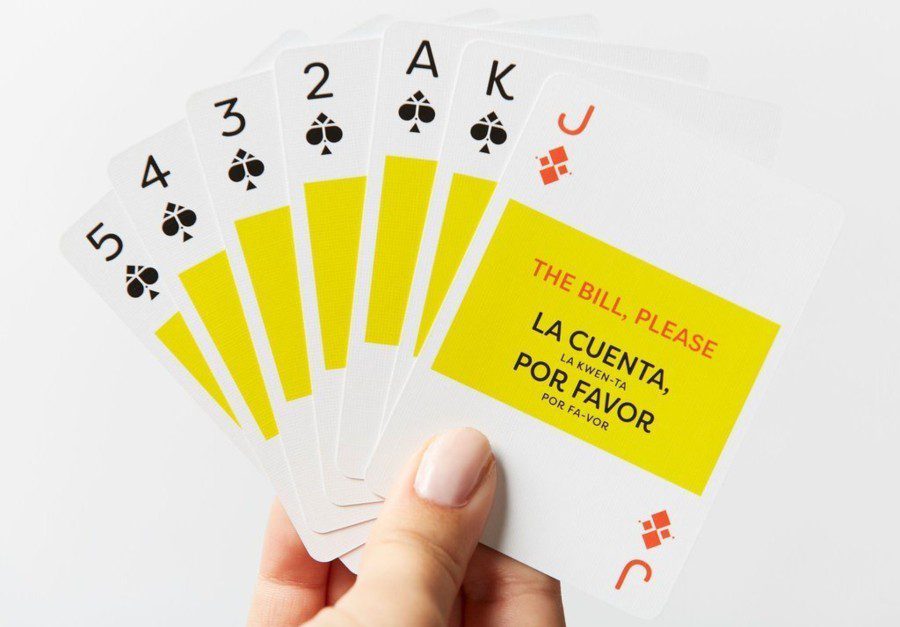 After a huge morning at the Colosseum and Palatine Hill, the wife, boy and I played cards all afternoon under some lovely shade trees in a pocket park beside the Tiber River, sipping beers, sodas and snacking on nuts. It was divine, and I remember it as clearly if not more clearly than the entire morning we spent among the ruins.
Buy Now

So, there’s clearly a solution to my linguistic difficulties mentioned above. I just can’t put my finger on it.
Buy Now 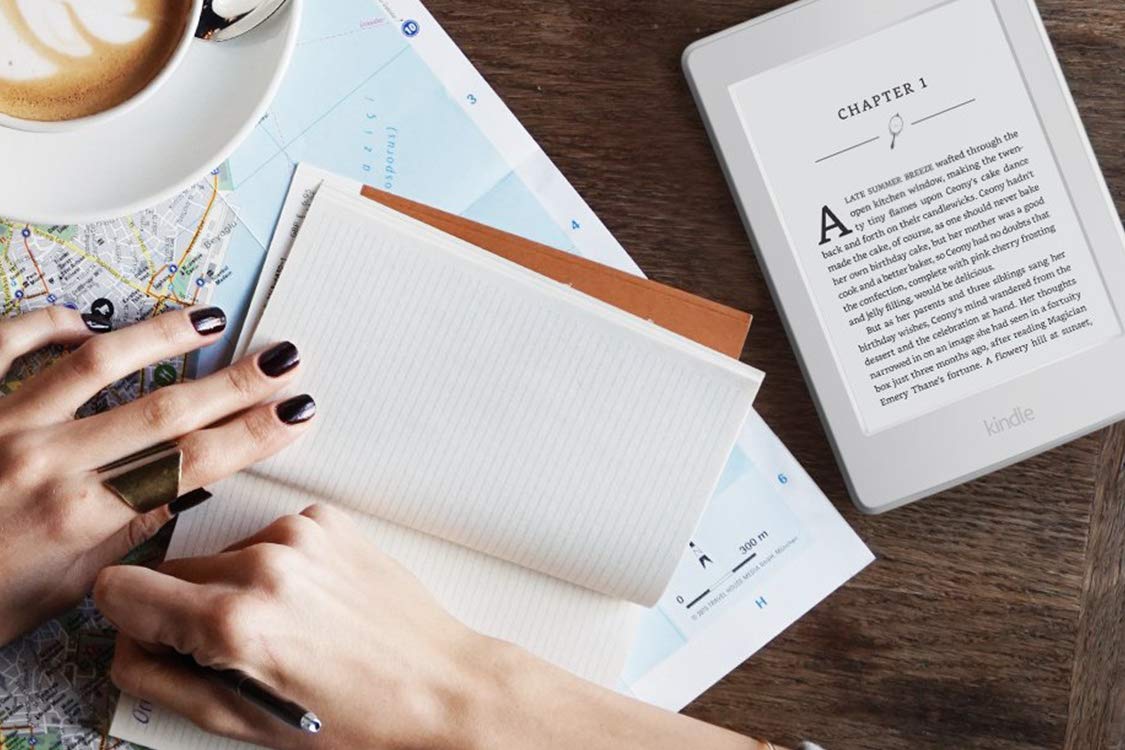 Anything that has “unlimited” in the name must be good, right? Like salad bar, breadsticks, refills, crab legs…Anyone else suddenly hungry?
Buy Now 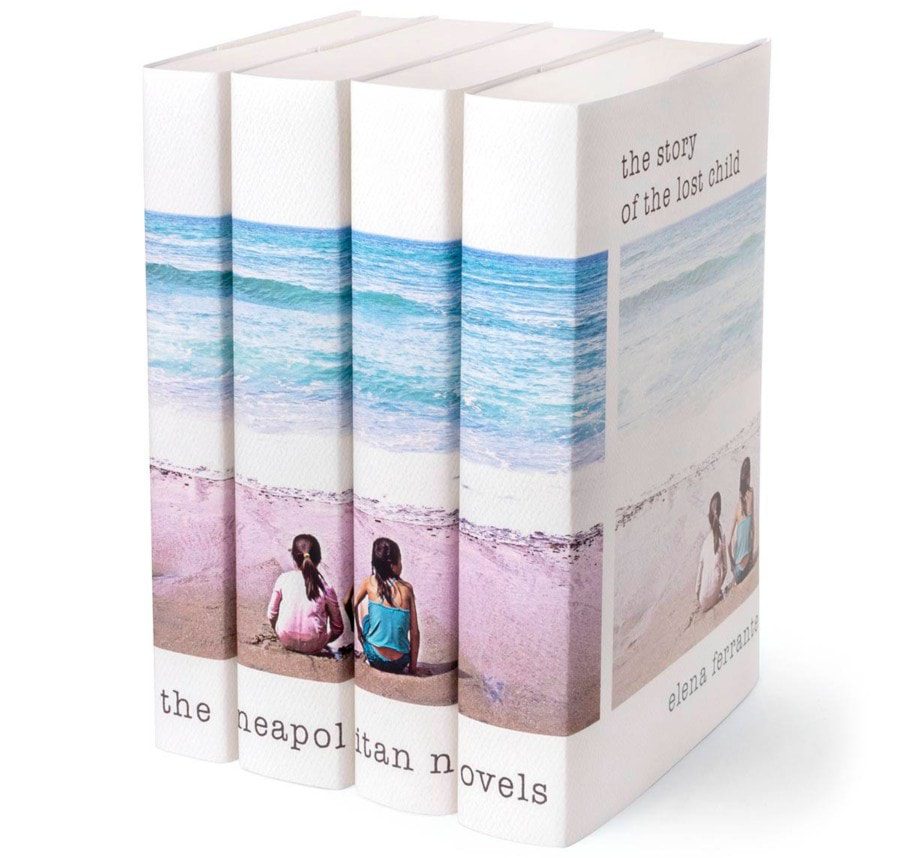 “Outside was worse than inside, everything was moving and shouting, we were assaulted by rumors that multiplied the terror. Red flashes could be seen in the direction of the railroad. Vesuvius had reawakened.” 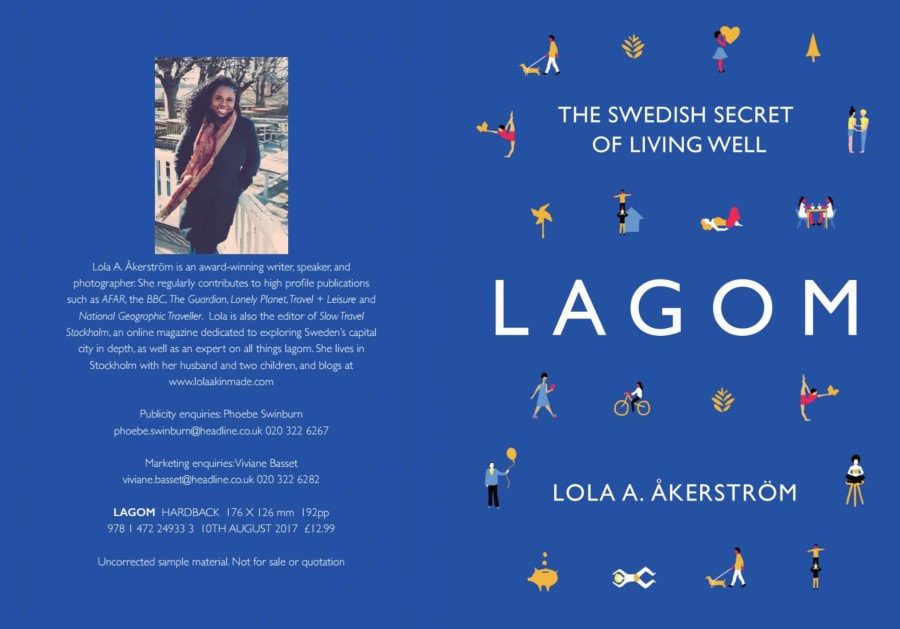 “Not the middle. Not average. Not complacency. Just right.
And that distinction remains the underlying power of lagom as the basis for achieving an optimal lifestyle where one gives and receives in equal part without disturbing the balance between individuality and group dynamics.”

26. Walking to the End of the World: A Thousand Miles on the Camino De Santiago 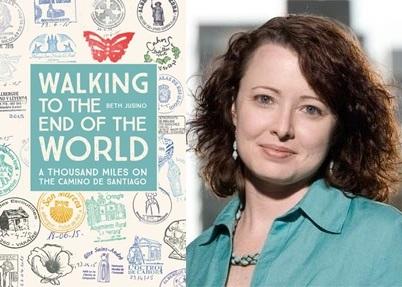 “What I was missing was a life that felt real. I was here because the Camino, with its thousand years of history, felt real.”

27. Oil and Marble: A Novel of Leonardo and Michelangelo 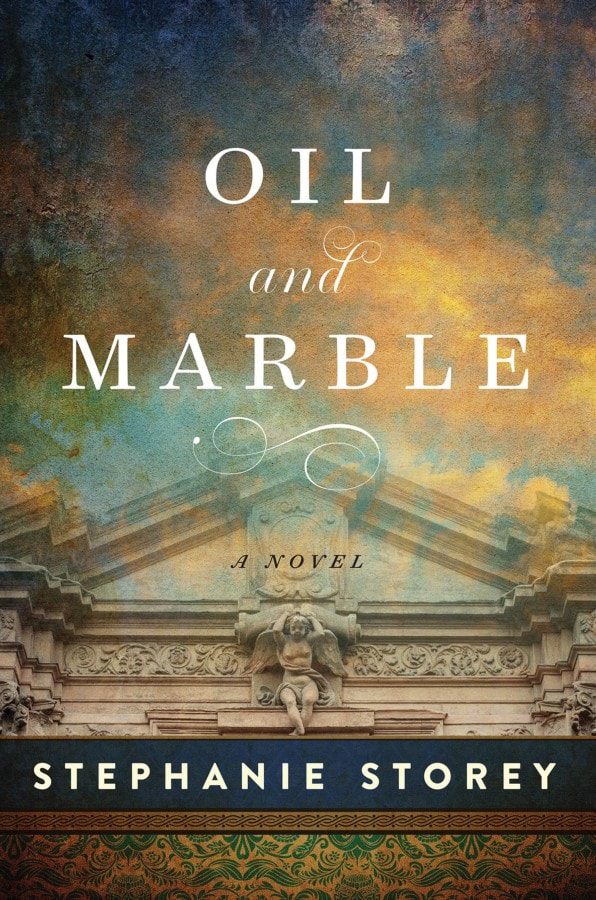 “No one knew what the future held for Leonardo. Only one thing was certain: the Master from Vinci needed to find a new home, a new patron, a new life, and a new legacy.”

Gifts for Families Who Travel 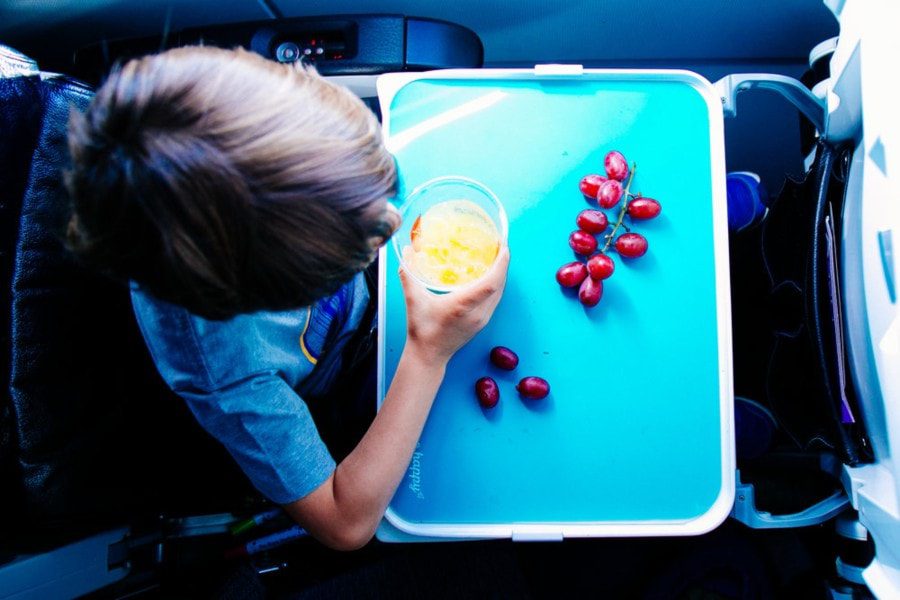 Do you know what I never, ever want to see? One of those germ and body-substance detecting infrared lights used on an airplane. NEVER. EVER.
Buy Now

29. Bringing Up Bébé: One American Mother Discovers the Wisdom of French Parenting 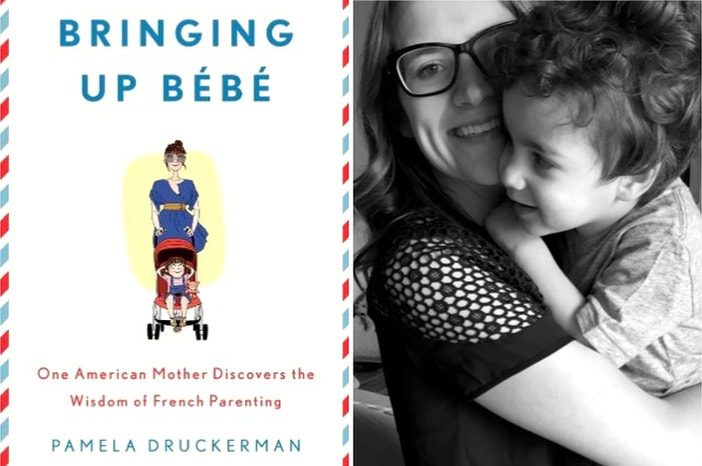 “I hadn’t thought I was supposed to admire French parenting. It isn’t a thing, like French fashion or French cheese.”

30. The Road Taken: How to Dream, Plan, and Live Your Family Adventure Abroad 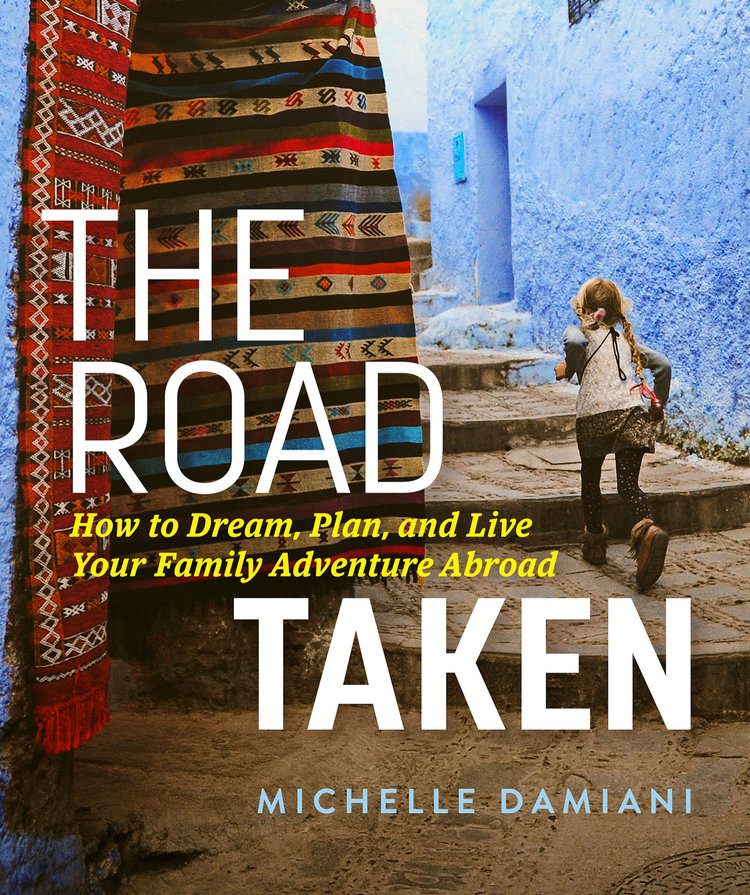 “Maybe by breaking down the conceptions of what mainstream society expects of families, I could empower parents to write their own story.”

Skip the crowds and experience Europe's rich culture like a seasoned traveler or local, not a tourist! Join my free monthly newsletter to receive expert European travel advice. No charge. No Spam. Only awesomeness. BONUS: Subscribe today and I'll send you a FREE Paris ebook.